Bt maize cultivation in Spain offsets the emission of 57,000 tonnes of CO2 each year

The future of the European Union agri-food sector will be defined by the strategies in the Green Deal.  Its purpose is to reduce the environmental impact of food systems and attain a more sustainable supply chain. Targets for which agrarian biotechnology can play an essential role. The best example is that of Spain, which has cultivated Bt maize since 1998, the only biotech variety approved for planting in Europe.

To analyse the benefits associated with this crop, economists Francisco J. Areal from Newcastle University (United Kingdom) and Laura Riesgo from Pablo de Olavide University prepared a report that assesses the sustainability of Bt maize in Spain from 1998 to 2021 from economic, social and environmental perspectives. The report concludes that Bt maize annually fixes some 57,000 tonnes of CO2 each year. This new carbon fixation has offset the annual emissions of over 33,800 on-road vehicles.

Between 1998 and 2021, Bt maize cultivation led to Spanish farmers obtaining an additional production of 1.76 million tonnes, using fewer resources and contributing to reducing pressure on scarce natural resources such as water. To achieve these production levels with conventional maize, an additional area of 166,934 hectares would have to be cultivated. In 2021 alone, 8788 additional hectares would have been needed for maize production to have maintained the levels attained with Bt maize in regions affected by the corn borer pest.

Due to plants’ photosynthetic activity, carbon fixation in grains is much higher than the emissions associated with agricultural production. Thus, the area cultivated with grains can be considered as natural storage of CO2. For irrigated maize, net carbon fixation is estimated at 777 kg CO2 equivalent/tonne of produced maize.

If bearing in mind this net fixation of CO2 and the additional productivity of this biotech crop, Bt maize cultivation in Spain between 1998 and 2021 led to an additional carbon fixation equal to 1.37 million tonnes of CO2. This added carbon fixation means that using Bt maize has contributed to offsetting the emissions of over 9103 million km driven by vehicles in this period.

All farming activity produces greenhouse gas emissions, although agriculture has a significant capacity to reduce the effects contributing to climate change through carbon fixation. In addition to playing an essential role in CO2 fixation, Bt maize cultivation also reduces the use of fossil fuels and associated emissions by reducing the volume of tasks required on the crops.

These production losses would have entailed an increase in maize imports to meet Spanish internal demand. Considering the average price of the maize that Spain imported in this period from 1998 to 2021, Bt maize production contributed to reducing maize imports for an approximate value of 314 million euros.

Bt maize cultivation has not only offered sustainable solutions for agricultural problems, but has also improved the agronomic, economic and environmental performance of the farms with pest problems in a sustainable way. Between 1998 and 2021, Bt maize cultivation caused an increase in Spanish and Portuguese farmers’ revenues of some 285.4 million euros [1]. For every extra euro spent on buying this seed compared to the cost of the conventional seed, farmers have obtained 4.95 euros in additional earnings. The production increase and cost reduction made farmers’ incomes jump an average of € 173 per hectare, driving the rural economies of both countries.

Bt maize has contributed to upholding rural population numbers through more competitive and more sustainable agriculture. Between 1998 and 2021, Bt maize production led to optimising the use of insecticides, with their usage reduced in Spain by 37% compared to conventional crops. This entailed a 21% reduction in the environmental impact associated with the use of insecticides in maize cultivation. 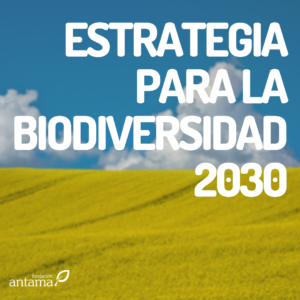 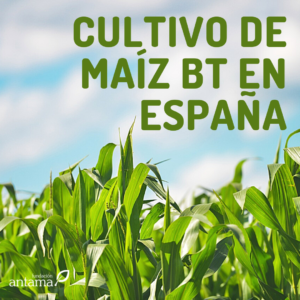